Skip to Main Content
It looks like you're using Internet Explorer 11 or older. This website works best with modern browsers such as the latest versions of Chrome, Firefox, Safari, and Edge. If you continue with this browser, you may see unexpected results.

A Definitive Guide from the Center for Racial Justice in Education 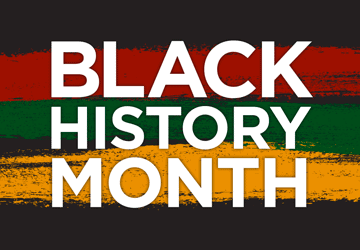 When AIDS devastates thirteen-year-old Auma's village in Kenya during the 1980s, Auma must choose between staying to help her family and working toward a track scholarship that will take her away from home.

In the aftermath of Dr. King's assassination in 1968, Chicago fourteen-year-old Maxie longs to join the Black Panthers, whether or not her brother Raheem, ex-boyfriend Sam, or her friends like it, and is soon caught up in the violence of anti-war and civil rights demonstrations.

Presents the true story of how the thirteen-year-old slave Charles Mitchell escaped from his master, James Tilton, in Washington Territory in 1860 with the help of the Underground Railroad of the western United States.

In the summer of 1968, after traveling from Brooklyn to Oakland, California, to spend a month with the mother they barely know, eleven-year-old Delphine and her two younger sisters arrive to a cold welcome as they discover that their mother, a dedicated poet and printer, is resentful of the intrusion of their visit and wants them to attend a nearby Black Panther summer camp.

In 1968 Chicago, fourteen-year-old Sam Childs is caught in a conflict between his father's nonviolent approach to seeking civil rights for African Americans and his older brother, who has joined the Black Panther Party.

This landmark Declaration is a powerful reaffirmation of ILO values. It is the outcome of tripartite consultations that started in the wake of the Report of the World Commission on the Social Dimension of Globalization. By adopting this text, the representatives of governments, employers’ and workers’ organizations from 182 member States emphasize the key role of our tripartite Organization in helping to achieve progress and social justice in the context of globalization. Together, they commit to enhance the ILO’s capacity to advance these goals, through the Decent Work Agenda. The Declaration institutionalizes the Decent Work concept developed by the ILO since 1999, placing it at the core of the Organization’s policies to reach its constitutional objectives.

The Declaration comes at a crucial political moment, reflecting the wide consensus on the need for a strong social dimension to globalization in achieving improved and fair outcomes for all. It constitutes a compass for the promotion of a fair globalization based on Decent Work, as well as a practical tool to accelerate progress in the implementation of the Decent Work Agenda at the country level. It also reflects a productive outlook by highlighting the importance of sustainable enterprises in creating greater employment and income opportunities for all.

The General Assembly Recognizes that social development and social justice are indispensable for the achievement and maintenance of peace and security within and among nations and that, in turn, social development and social justice cannot be attained in the absence of peace and security or in the absence of respect for all human rights and fundamental freedoms.

It further recognizes that globalization and interdependence are opening new opportunities through trade, investment and capital flows and advances in technology, including information technology, for the growth of the world economy and the development and improvement of living standards around the world, while at the same time there remain serious challenges, including serious financial crises, insecurity, poverty, exclusion and inequality within and among societies and considerable obstacles to further integration and full participation in the global economy for developing countries as well as some countries with economies in transition.